Derby is an increasingly popular destination for students, with applications having grown by 16.4% in the last five years. In the previous academic year, the University was ranked sixth in the country for student number growth after an 11% increase in the student population. Our students are our top priority and we work hard to offer an excellent education that will give them the best possible start to their careers.

All students are encouraged to think about how their skills can be used to meet real world challenges. Every year the hard work of many entrepreneurial students is recognised by national and regional award bodies.

Gok Wan, the TV presenter and fashion expert, awarded a special commendation to a Fashion student at the Fashanne Awards 2017 in June. Alexey Morozov was awarded the special prize for his tailored cut skirt inspired from the Socialist art theme of the Russian Constructivism during the 1920s to 1950s.

In July 2017, Liam Tuckwood, a Graphic Design student, was awarded a top prize by the Royal Society of Arts Students Design Awards for an interactive debit card that aims to help people save money. Liam’s concept debit card features a face that changes its expression to react to the user’s spending and remaining bank balance, and is linked to an app that helps users to manage their budget more effectively.

Giving back to the community

There are lots of opportunities for students to learn new skills, give something back to the community and make new friends in the process. Phantom Media, a student-run media organisation, provides opportunities for students to get involved in journalism, radio broadcasting and TV production. Many students also get involved in volunteering and fundraising projects for the local community. A great example of this is the student-led Raise and Give (RAG) society, which donated over £60,000 to local causes in 2016/17.

Through the Futures Award, students can gain official recognition from the University for extra-curricular activities, such as volunteering, mentoring or work experience.

Derby has an active Union of Students which boasts over 60 societies with a membership of over 1,300 students. There’s something for everyone to get involved, with societies ranging from musical theatre to religious groups to Quidditch. Our students are also regularly involved in one of almost 50 student sports clubs, many of which give students the chance to compete against other universities in the British Universities and Colleges (BUCS) league, with the Badminton, Netball and Football teams winning their leagues last year.

Around 80 students volunteered as ‘welcome heroes’ at the start of the academic year, each giving up around 10 hours of their time to help new students get settled into university life.

Derby has a vibrant and diverse community of students. We have 146 nationalities represented across our sites and 8.5% of our students have a declared disability.

We partner with the Union of Students to create an inclusive environment on campus. As part of this, we celebrate LGBT History Month in February each year to promote diversity and equality on campus.

In March 2017, a Derby-led consortium of universities was awarded £440,000 from the Higher Education Funding Council for England (HEFCE) to close the Black and Minority Ethnic (BME) attainment gap.

We are extremely proud of the achievements of our students, and the University’s Award Ceremonies (November and July) provide an opportunity for us to celebrate their success together. This year we welcomed around 4,500 students, along with their families and friends, to the ceremonies which are a real highlight of the year for everyone involved. 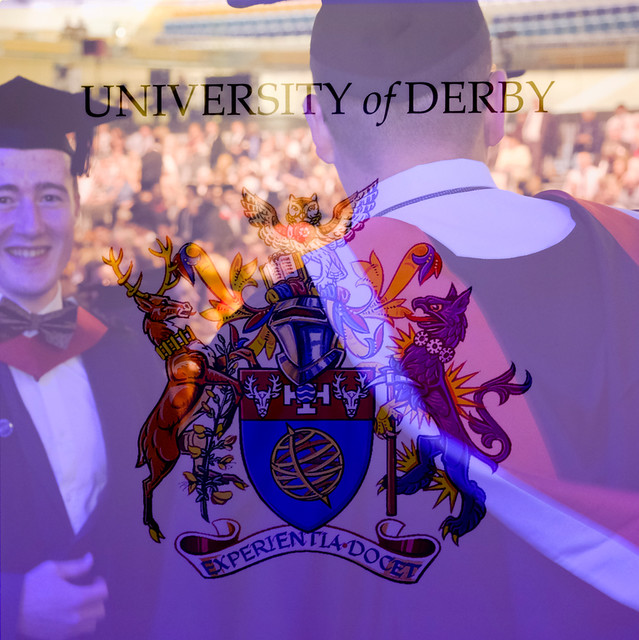 Prince Andrew, Epstein and the US request for co-operation

Hints and tips on studying at home

How to create new study habits in a new environment

How to get the best out of online learning